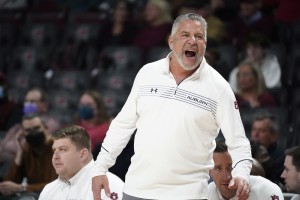 Pearl stands to make more than $50 million under a new eight-year contract.

Greene and Pearl had announced an agreement on social media Friday without releasing terms.

He led Auburn to the Final Four in 2019, and the Tigers received their first-ever No. 1 ranking this week.