They gathered Sunday morning on East South Boulevard to spread out in the hopes of finding him. 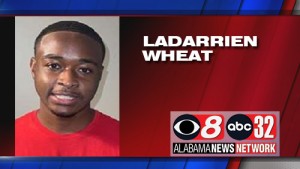 As Alabama News Network has reported, Wheat was last seen on Saturday, January 22, at approximately 6:30PM wearing a white/gray Nike hoodie in the area of Foxhall Drive in Montgomery. That is near McGehee Road and Carter Hill Road.

Police say he may be living with a condition that requires medical assistance.

If you have information regarding the whereabouts of LaDarrien Amarrion Wheat, call Montgomery police on the Secret Witness Line at (334) 625-4000 or call 911.