Suspected Murder For Hire Fugitive Darin Starr Turns Himself In 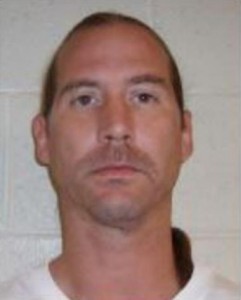 Darin Starr, who was wanted in a murder for hire case in Coffee County, has turned himself in to authorities in Texas.

According to Central Alabama CrimeStoppers, Starr turned himself over to law enforcement in Hondo, Texas, at 1:30AM today. Members of the Coffee County Sheriff’s Office are travelling to Texas to take Starr into custody and bring him back to Alabama.

Starr was wanted for his alleged role in the murder of his former sister-in-law who was shot and killed outside of her home on November 27, 2017, in Coffee County.

A federal arrest warrant was issued for Starr in federal court in Montgomery on December 2, 2021, after he was charged with use of interstate commerce facilities in the commission of a Murder-For-Hire.