On Your Side Consumer Alert: More Hyundai, Kia Recalls Because of Fire Risk 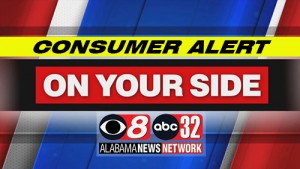 This is an On Your Side Consumer Alert: Hyundai and Kia are telling the owners of nearly 485,000 more vehicles in the U.S. to park them outdoors because they can catch fire even if the engines are off.

The recalls from the two Korean automakers are another in a long string of fire and engine problems that have dogged the companies for the past six years.

This time the problem is contamination in the antilock brake control module that can cause an electrical short.

Dealers will replace a fuse. In addition, Hyundai dealers will inspect the control modules and replace them if needed.

ABC News reports that the automakers say they have 11 reports of fires in the U.S. but no injuries.

Hyundai will mail notification letters starting April 5, and Kia will send them March 31.

The National Highway Traffic Safety Administration says owners can go www.nhtsa.gov and enter their 17-digit vehicle identification number to see if their automobile is being recalled.

Categories: Montgomery Metro, News, On Your Side
Tags: consumer alert, engine fire, hyundai recall, kia recall, on your side

Police: Texas gunman was inside elementary school for more than an hour before being killed by law enforcement