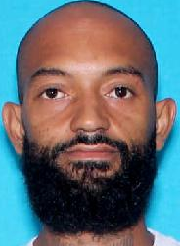 Opelika police say the man wanted for hitting an officer with his car has been captured.

Police say 33-year-old Jarren Allen of Smiths Station was arrested in La Grange, Georgia, not far from the state line.

Allen had been the subject of a Blue Alert. On the afternoon of Wednesday, February 2, the police officer was hit with a vehicle in the Kroger parking lot at 2460 Enterprise Drive in Opelika. The officer suffered non-life threatening injuries and was taken to a hospital.

The officer had gone to the parking lot on a report that a driver had hit a buggy return.

Police say his vehicle was found abandoned in the Auburn area that afternoon around Exit 51 of Interstate 85.

Opelika police say Allen is being held at the Troup County, Georgia, Jail on illegal narcotic and firearm charges. Allen is also being held on the following warrants from the Opelika Police Department:

Police say once Allen has completed the judicial process in Georgia, he will be transferred to Alabama and arrested for the charges listed above.