Montgomery Man Killed in Crash on Interstate 65 in Lowndes County 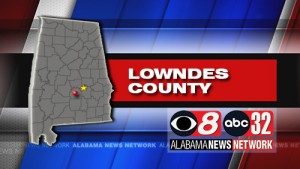 Alabama State Troopers say a Montgomery man has been killed in a crash involving three vehicles on Interstate 65 in Lowndes County.

State troopers say 23-year-old Demontray O’Neal Likely was killed in a chain-reaction collision just after 5PM Monday. Traffic was stopped because of another wreck farther up the interstate.

Investigators say Likely’s car was stopped in traffic when he was rear-ended by a pickup truck driven by 56-year-old Nicholas Angelo Mims of Pine Apple.

That sent Likely’s car into an 18-wheeler driven by 64-year-old Lawrence E. Johnson, Jr., of Port Allen, Louisiana, who was also stopped in traffic.

Investigators say Likely was not using a seatbelt and was pronounced dead at the scene. Likely’s passenger, 33-year-old Donna Rowlette of Georgiana, was taken to a hospital with injuries.

The crash happened about 15 miles south of Montgomery.