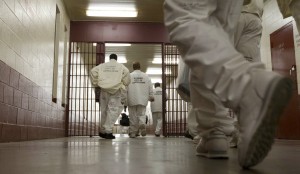 Authorities say a state prison inmate from Montgomery has been stabbed to death at a correctional facility outside Birmingham.

Chief Deputy Coroner Bill Yates said Gardner was found around 7 p.m. in an open-style dormitory. He was pronounced dead at the prison infirmary.

Yates said Gardner’s death is being investigated as a homicide.

He had been serving a 13-year sentence for burglary and theft convictions. Few other details were immediately released.