The high cost of gas and diesel — is busting budgets — eating up business profits — and fueling inflation.

The cost of gas in Selma — is over four dollars a gallon. And that has area residents — feeling the pain at the pump.

“Wow! They’re outrageous. To try to get to work and back and forth, it’s just ridiculous,” said Tyrone Boswell.

“I understand, you know, a time of war and stuff, and inflation and stuff goes up,” said Darran Fancher. 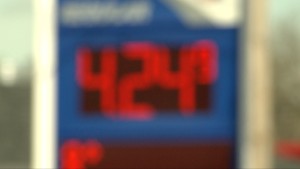 “But it’s making it very hard on us you know.”

However, it’s not just individuals and families being forced to dig deep.

City and county governments are dealing with soaring fuel costs too.

“That’s exactly right. When you look at our equipment that Dallas County has on our road department. That’s our main department that has the big pieces of equipment that uses diesel. And you will see an effect on that,” said Probate Judge Jimmy Nunn.

The Dallas County Sheriff’s Office has a fleet of 32 vehicles — that patrol the county — on a daily basis.

“And our county is nine hundred and ninety-something square miles. To cover that, you’re spending a lot of money in fuel,” said Sheriff Mike Granthum. 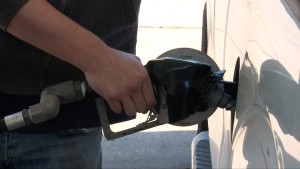 He says higher prices — mean the money budgeted for fuel — now buys a smaller amount. And as a result — they have less fuel available to distribute.

“The demand is still there and it’s getting higher and that supply is dropping,” said Jones.

“So, people try to make it more complicated than it really is. At the end of the day, it always comes back to supply and demand.”

According to AAA — the highest gas prices in the state are found in west Alabama.