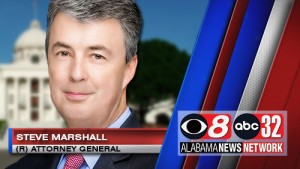 Alabama Attorney General Steve Marshall has declined before Congress to express an opinion on whether President Joe Biden is serving in the office legally.

The refusal came Tuesday as Marshall testified in Washington against the Supreme Court nomination of Judge Ketanji Brown Jackson.

Under questioning from Democratic Sen. Sheldon Whitehouse, Marshall repeatedly declined to express an opinion on whether Biden is duly elected and lawfully serving as president. Instead, Marshall simply stated by Biden is president.

Marshall was first appointed to the state’s top legal position in 2017. He won a full term in 2018 and is seeking reelection this year.