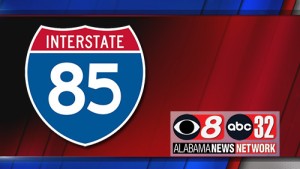 Roughly 13% of roadway fatalities in Alabama during 2020 happened along interstate highways.

That’s why the Alabama Law Enforcement Agency and the Alabama Department of  Transportation are launching the campaign. More state troopers will be assigned to specific locations along the 669  miles of Alabama’s interstate highways, starting with I-85 through Montgomery, Macon and Lee  counties.

Troopers will have a greater presence in these areas to address a variety of dangerous driving  behaviors.

“We continue to see far too many crashes along Alabama’s interstate  system. Therefore, we are taking deliberate steps and proactive measures with the assistance of the  Alabama Department of Transportation to reduce the number of crashes occurring on our interstates,”  ALEA Secretary Hal Taylor said in a statement.

ALDOT is using innovative engineering and roadway design to help prevent crashes. The department has  installed cable barriers along Alabama’s interstates to prevent median cross-over and head-on collisions. ALDOT is also using road resurfacing technology that improves surface friction, so that drivers have  more control over their vehicles and are less likely to hydroplane on wet roadways. ALDOT also  performs ongoing repairs to the roadway, bridges, and damaged guard rails and cable barriers.

In 2020, 932 people died on  Alabama roads. Almost 60% of those people were not wearing a seat belt. Drive Safe Alabama  provides online and educational safe driving information through Facebook, Twitter and other social  media platforms, as well as through TV, radio, billboards and community outreach.

◼ Travel at a safe distance from other drivers. Following too closely to another vehicle is one of  the leading contributing factors in crashes.

◼ Move over. By law, motorists must move over or reduce speed when approaching law  enforcement or emergency vehicles, including tow trucks. If it is not safe to move over, the driver  must slow to a speed that is at least 15 miles per hour less than the posted speed limit, unless  otherwise directed by a law enforcement officer.

◼ Remain attentive around large vehicles and semi-trucks. Those traveling alongside larger  vehicles should keep in mind that larger vehicles have limited maneuverability, longer stopping  distances and bigger blind spots.

◼ Plan ahead. Adjust travel plans or allow extra time if traveling busier roadways, especially  during the busiest parts of the day.

◼ Phone Down/Buckle Up. Focus on driving by putting aside cell phones and other items that may  be distracting. All passengers should wear a seat belt, front seat and back seats. Seat belts are the  best defense against impaired, aggressive, and distracted drivers. Studies show that wearing a seat  belt can reduce risk of fatal injury and moderate to critical injury by approximately 50 percent.

◼ Slow down and use caution, especially when traveling through work zones. Speeding is a  leading contributing factor in all fatal crashes.