Autaugaville Man Charged in Shooting that Killed One, Injured Three 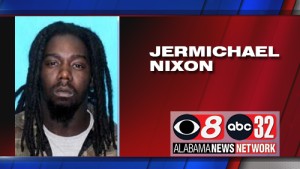 The Autauga County Sheriff’s Office says it has made an arrest in a shooting that killed one person and injured three others.

The sheriff’s office says 21-year-old Jermichael Nixon of Autaugaville is charged with murder, assault in the second degree and firing a gun into an occupied dwelling. He is being held on $590,000 bond.

On Saturday night, March 12, investigators say an SUV approached the intersection of North Pickett Street and Tyus Street in Autaugaville. Shots were fired from the SUV at a crowd of pedestrians who were having a social gathering.

One of the people who was hit, 22-year-old Cameron Motley of Autaugaville, was flown to a Montgomery hospital and then transferred to a Birmingham hospital where he died.

The three others who were hit had non-life threatening injuries and were treated and released from a Montgomery hospital.