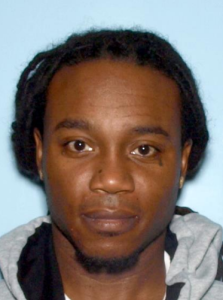 A man has been arrested on two counts of capital murder and two counts of attempted murder in a deadly shooting that happened earlier this month in Auburn.

Auburn police say 37-year-old Carl Mack Kitchens of Columbus, Georgia, was taken into custody Wednesday with the help of the U.S. Marshals Fugitive Task Force. He is being held in the Muscogee County, Georgia, Jail where he awaits extradition to Lee County.

The shooting happened Monday, March 7, at approximately 7:45 p.m. at a home in the 1300 block of Commerce Drive in Auburn. Police say they found a 28-year-old woman and a 35-year-old man with gunshot injuries. Witnesses described the suspect as a black male wearing all dark clothing.

The woman was taken to a hospital, but the man was pronounced dead at the scene.

Police say the suspect went into the home and began shooting before running away. As officers searched the area, another male with all dark clothing was found shot to death nearby.

Police say the second deceased male, previously described as wearing all dark clothing, shot a gun inside the home that resulted in the death of the male victim and injuries to the female victim.

Auburn Police also located two other people near the scene who reportedly exchanged gunfire with the suspect after the male and female victims were shot. The suspect was fatally shot during the exchange.

Upon review by the Auburn Police Department and the Lee County District Attorney’s Office, criminal charges are currently precluded due to the death of the offender.