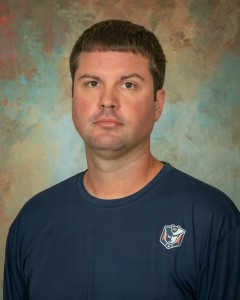 In a statement, Pike Road Schools said, “We appreciate Coach Browning’s dedication to building our football program from a fledgling JV team to a championship varsity program. There is no doubt that Coach Browning has made an immense and positive impact on our school and our program that will be felt for many years to come. We wish him well in his future endeavors.”

Pike Road Schools says it will immediately begin the process to find a quality head coach to lead the football program as it moves into 6A. It won the 2021 5A state championship.

Meanwhile, Greenville High School principal Jamie Howard and Butler County Schools have issued a statement on the hiring of Browning:

“Coach Patrick Browning comes to us with an impressive resume. He is going into his 16th year of coaching and has coached on both the high school and college level. His most recent body of work was at Pike Road High School.

“He started the program from scratch and in 6 years turned Pike Road into a 5A state champion. During his time at Pike Road, he compiled a 66-7 total record (36-2 with seniors), 5 undefeated seasons, 4 playoff appearances, 3 Region Championships, and 1 State Championship.”