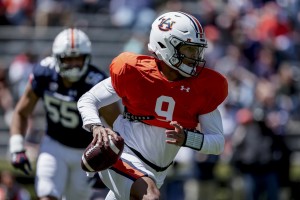 T.J. Finley once again spent spring practice battling for a starting job he’d previously held thanks to an injury ahead of him.

The starting job opened up when three-year starter Bo Nix transferred to Oregon. It appears to still be wide open following the spring practices, which concluded with the A-Day game.