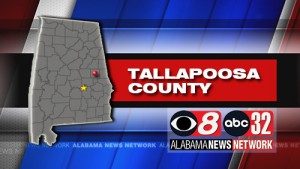 State troopers say just after 5PM Sunday, 66-year-old Theotis Borum was driving a pickup that hit a stop sign, crossed another roadway and hit a second sign before hitting a ditch and overturning.

The wreck happened at the intersection of Alabama highways 120 and 49 in Reeltown, which is in Tallapoosa County.

Investigators say Borum was not using a seat belt and was pronounced dead at the scene.