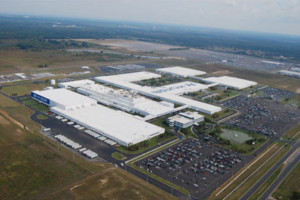 Officials with Hyundai Motor Manufacturing Alabama say the Montgomery plant will build the electric Genesis GV70 and the hybrid version of the Hyundai Santa Fe.

Production is scheduled to start later this year.

The addition of the electric GV70 and Santa Fe Hybrid will mark the beginning of Hyundai’s electric vehicle production in the U.S. Hyundai plans to invest $300 million and create 200 jobs at its U.S. manufacturing center.

“Over the years, we have developed an enduring partnership with Hyundai, and it’s been great to witness the profound economic impacts of the company’s continued investments in Alabama,” Governor Kay Ivey said. “Hyundai’s new growth plans in Montgomery will help prepare the state’s auto industry for the EV revolution while also aligning with our strategic initiatives such as Drive Electric Alabama. This is another major milestone for our friends at Hyundai.”

HMMA will begin plant expansion projects ranging from additional warehouse space to enhanced assembly processes to support electric vehicle production. The Santa Fe Hybrid will begin production in October and the Electrified GV70 will roll off the assembly line in December.

These vehicles will join the Elantra sedan, Santa Fe and Tucson SUVs and Santa Cruz sport adventure vehicle on the Montgomery assembly line.