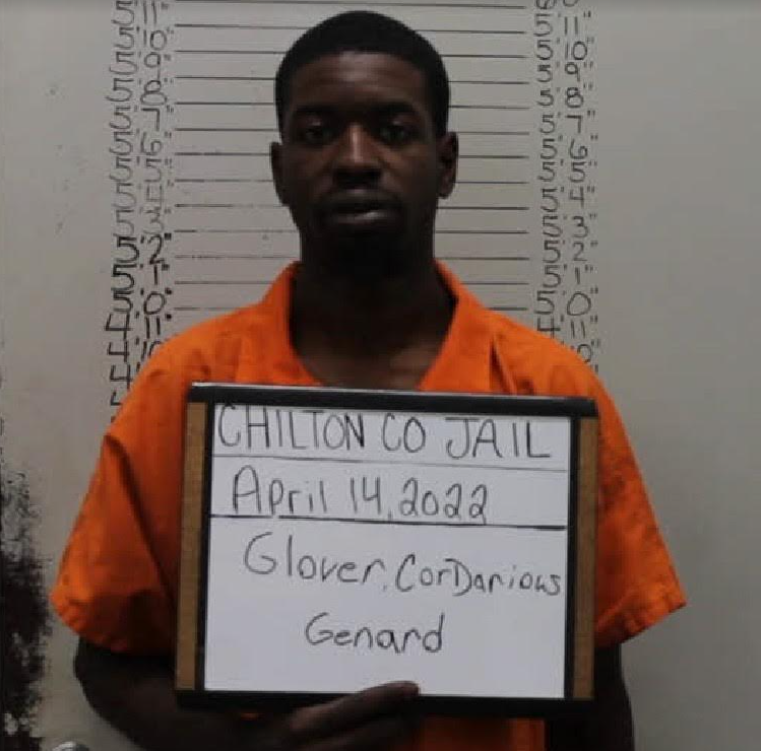 Cordarious Glover was arrested for the murder of 38-year-old Dante Milliner in Clanton./Source: Clanton Police Department

Clanton police say the man wanted in connection to a murder over the weekend has been arrested.

The fatal shooting happened Sunday in front of an abandoned barber shop in the 1200 block of 1st Avenue in the West End Community.

Clanton police and Chilton County Sheriff’s deputies found 38-year-old Dante Gervaise Milliner, of Clanton, lying in the street with a gunshot wound to the face.

Milliner was taken by ambulance to the Shelby County Airport where he was flown to UAB Hospital in Birmingham where he later died.

The Chilton County Sheriff’s Office and members of the U.S. Marshal’s fugitive team assisted in the arrest.