UPDATE: Montgomery Police Charge Man with Murder in Shooting that Killed One Man, Injured Another 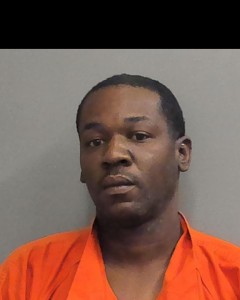 Montgomery police say they have charged a man with murder and other charges following a shooting that killed one man and injured another.

Police say they’ve charged 41-year-old Samuel Williams with of Montgomery with murder, two counts of attempted murder and firing a gun into an occupied vehicle.

On Monday, April 18, just before 9 a.m., police and fire medics were called to the 800 block of Westview Drive where 38-year-old Charles Griggs of Montgomery was found shot and pronounced dead at the scene.

Police say another man suffered a life-threatening gunshot wound and was taken to a hospital for treatment.

Police say other officers responded to the 700 block of  Airbase Boulevard to check out reports of gunfire. That’s where police say Williams was found with a gun and was taken into custody.

Police say no other information is available for release. If you have a tip to help investigators, call Central Alabama CrimeStoppers at (334) 215-STOP.