A Perry County assistant DA — may have to spend some time behind bars.

District Attorney Michael Jackson is fighting mad — after District Judge Robert Bryant — sentences one of his assistant D-As — to three days in jail. 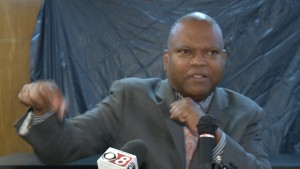 Jackson says Bryant held assistant DA Michael Caddell in contempt of court — for arguing with him during a preliminary hearing.

Jackson says the judge is being heavy handed with the sentence.

“I don’t disagree with the judge about holding somebody in contempt. But three days is just too much on this situation where somebody fighting for the victim,” Jackson said.

“Three days in a jail? When a lot of these judges around here not giving folks a day in jail.”

The exchange between the two happened during a virtual hearing Wednesday afternoon.