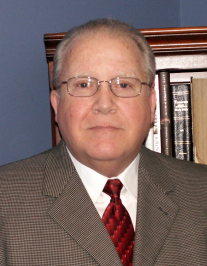 The Montgomery Area Food Bank will be seeking a new CEO. Current CEO Richard Deem has announced his retirement.

Deem has led the food bank for the past six years. The new leader will become only the fourth CEO in the food bank’s 36-year history.

“Well, it’s time,” Deem said in a statement. “Retirement is something we’ve planned and worked towards for many years now. In fact, we had planned to retire a bit earlier. But, COVID put everything on hold.”

In Deem’s time as CEO, he increased the annual food distribution to 31.5 million pounds of assistance throughout the food bank’s 35-county service area, which covers more than half the state. It is the largest food bank in Alabama and is one of 200 Feeding America food banks.

He also oversaw the opening of a new 18,000 square foot warehouse and the receipt of 13 acres of property adjacent to the food bank’s location on Trade Center Street.

The food bank has formed a hiring committee to search for a new CEO. Those interested in applying can follow this link, with materials due by May 2.