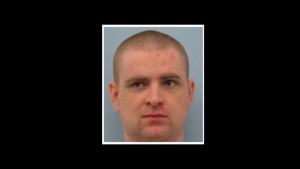 UPDATE: The Alabama Department of Corrections says a Kilby Prison escapee has been recaptured.

Prison officials say 29-year-old Mitchell Dillan Lindsey escaped around 8:30 Saturday morning. He was recaptured around 3PM. ADOC says he was found “at or around the institution” but provided no other details.

Details have also not been released on how he escaped.

Lindsey has been serving a life sentence for reckless murder. He was found guilty of killing 68-year-old Bessie Louise Stovall in Morgan County. Lindsey sped through a stop sign and hit Stovall’s vehicle. She died at the scene. He was sentenced in 2015.