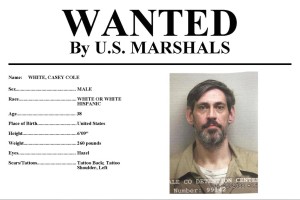 The U.S. Marshals Service says it’s offering up to $10,000 for information about an escaped inmate and a “missing and endangered” correctional officer.

The two disappeared Friday after leaving a jail in Lauderdale County.

The 38-year-old inmate, Casey Cole White, had been jailed on a capital murder charge in the Lauderdale County Detention Center. He and the assistant director of corrections, 56-year-old Vicky White, disappeared after leaving the jail to go to a courthouse. 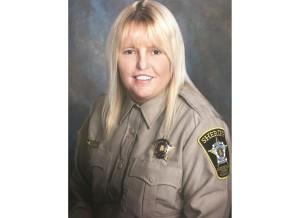 The two are not related.

Northern Alabama U.S. Marshal Marty Keely says Sunday White is believed to be a serious threat to the officer and the public. 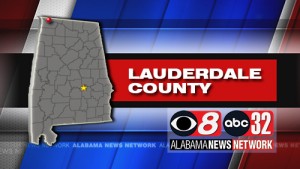 He is described at 6’9″ and 260 pounds. The U.S. Marshals Service says his history includes murder, robbery and kidnapping.