Lego Getting Reaction on Whether to Produce Rosa Parks Toy Set 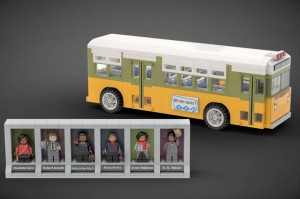 Lego is known worldwide for its building block sets that are enjoyed by children and adults alike. You have the chance to tell Lego that it should create a set honoring civil rights pioneer Rosa Parks.

On the company’s Lego Ideas website, you can see a proposed building set with a bus that looks like the one Parks rode in Montgomery, along with Parks herself and several other civil rights figures, including Dr. Martin Luther King, Jr. and Rev. Robert Graetz.

For now, Lego is gauging interest before it considers whether to mass produce the set.

You can go to the website to vote “yes” that you support the idea. So far, nearly 700 people have done that, but the number needs to reach 1,000 within the next three months or so before Lego will consider it.