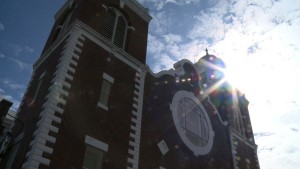 Brown Chapel AME Church in Selma, which is one of the key landmarks of the Civil Rights Movement, has been named the most endangered historic site in the U.S.

The church was at the center of the voting rights movement in the 1960s, but is now eaten up by termites and damaged by water leaks.

Brown Chapel tops this year’s list of endangered historic places from the National Trust for Historic Preservation. The nonprofit organization based in Washington, D.C., works to highlight and preserve sites that are in danger of being lost.

Brown Chapel is the only place in Alabama on this year’s list.

A Brown Chapel member says the church shut down at the start of the pandemic, and members found extensive damage when they returned.

The building was constructed in 1908 and was the starting point for voting rights marches in 1965.