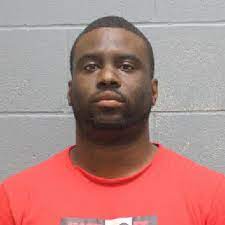 The Lee County Sheriff’s Office says a third person has been arrested and charged with capital murder in the death of an 18-year-old who was abducted in Auburn.

On September 5, 2020, Thomas Anthony Green of Auburn was abducted from the area of Foster Street and Clark Avenue in Auburn. His body was found five days later in some woods in the Waverly community of northeast Lee County. Investigators say it appeared he’d been shot several times.

Two other suspects, 41-year-old Tahara Jaquay Brunson and 35-year-old Marcus Okeef Wigley, both from Auburn, have already been arrested and charged with capital murder.

All three suspects are being held without bond, according to the sheriff’s office.

If you have information about the case, call Central Alabama CrimeStoppers at (334) 215-STOP.