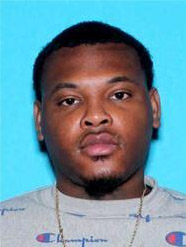 Tuskegee police have arrested an Opelika man in a murder investigation.

He is accused of shooting into a car during a robbery on April 22, killing Brantley Ford, Jr., of Montgomery. The shooting happened in the 2600 block of West Martin L. King Highway.

French Open updates | 2016 champ Muguruza out in 1st round