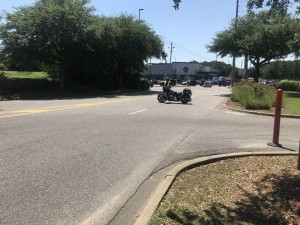 Montgomery police have now identified the victim and the suspect in the fatal shooting outside Sam’s Club Monday afternoon.

Police say 38-year-old Tommie Small of Florida was shot at about 1:30 p.m. He was pronounced dead at the scene.

Police have charged 28-year-old Tredarrius Portis of Montgomery with capital murder. Portis is being held in the Montgomery County Detention Facility without bond.

Police say Small and Portis knew each other however, investigators say the circumstances surrounding the shooting remain under investigation.

If you have a tip to help police, call Central Alabama CrimeStoppers at (334) 215-STOP.