Inmate Killed after Assault at Kilby Prison in Montgomery 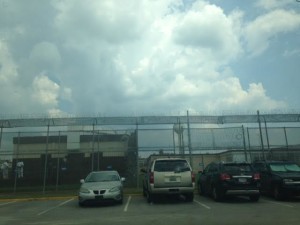 An inmate has died after an apparent assault at a state prison.

The Alabama Department of Corrections said 39-year-old Marcus Terrell Grubbs died Wednesday from injuries sustained during an apparent inmate-on-inmate assault with a weapon.

The assault occurred at Kilby Correctional Facility in Montgomery. The prison system said the death is under investigation, and more details will be available at the conclusion of the investigation.

No charges have been announced in the death. Grubbs was serving a 25-year sentence for a robbery conviction in Houston County.