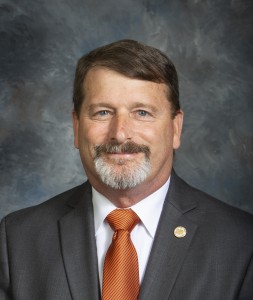 Jeff Smitherman – Photo from the Office of Governor Kay Ivey

Current AEMA Director Brian Hastings is leaving Friday, May 20, to take a new opportunity, according to the governor’s office. Smitherman will take over Saturday, May 21.

Smitherman works in the Alabama EMA and is a graduate of West Point.

“Jeff is no stranger to emergency management, from his time serving our country and state in the Army to his several years at the Alabama EMA, he is more than qualified. I am confident Jeff will bring a steady hand, vast knowledge and a servant’s attitude to this role,” Ivey said in a statement.

Smitherman currently serves as the executive operations officer at AEMA, where his primary responsibility is for the preparedness, response and recovery from all hazards impacting Alabama. Prior to that, he was director of operations.

Before beginning his tenure at AEMA, Smitherman held leadership positions with the Alabama National Guard, where he gained experience with emergency responses in situations like the April 2011 tornadoes and the Deepwater Horizon Oil Spill, according to the governor.

“I am both honored and humbled to be asked by Governor Ivey to lead this agency as the acting director. This agency has a critical mission in the state, and I will strive to continue the great work that this staff performs every day for the citizens of Alabama,” said Smitherman.