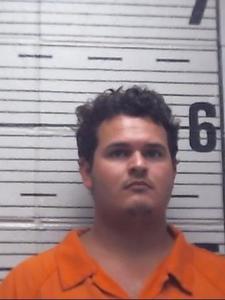 A Wetumpka man has been sentenced to 17 1/2 years in federal prison for sexual exploitation of a child and transferring obscene material to a minor, according to the U.S. Attorney.

U.S. Attorney Sandra Stewart says 24-year-old Jesse Lemar McCormick has also been ordered to serve 10 years of supervised release and must register as a sex offender. There is no parole in the federal system.

According to McCormick’s plea agreement and other court records, McCormick was involved with several youth groups and organizations in Autauga and Elmore counties. In April 2020, an investigation began when detectives from the Prattville Police Department received a report concerning inappropriate communications between McCormick and a minor.

The victim reported that on April 4, 2020, McCormick requested explicit images of the victim’s genitals in a “Snapchat” conversation. Further investigation quickly confirmed this communication, along with many others, and additional minor victims were identified, according to the U.S. Attorney’s office.

During McCormick’s plea hearing last July, he admitted that on at least five occasions, between March and April 2020, he engaged in electronic communications requesting obscene images or videos from minor victims. During the same period, McCormick also sent images and videos of his own genital area to minors, along with videos of McCormick engaging in sexual acts.

Victims of the crimes ranged in age from 12 to 15 years old. McCormick pleaded guilty to five counts sexual exploitation of a child, and three counts of transferring obscene material to a minor.

— Information from the U.S. Attorney’s Office, Middle District of Alabama