Check out all of these new and continuing titles on your local CW Montgomery! 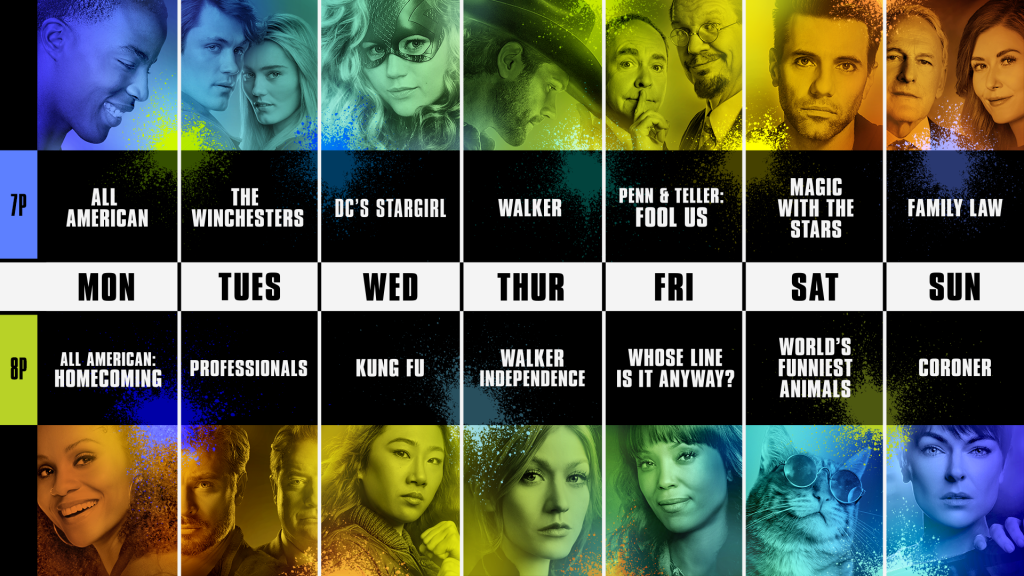 May 19, 2022 (Burbank, CA) — The CW Network will launch its seven-night 2022-23 primetime schedule in the Fall of 2022 with a strategic mix of new and returning original scripted series and alternative programming, it was announced today by Mark Pedowitz, Chairman and Chief Executive Officer of The CW Network.

“As The CW looks towards the future, we are evolving and adapting to become more than just a network. We are a brand that drives our passionate and dedicated audiences to engage directly with our programming across all platforms, both linear and digital,” said Mark Pedowitz,Chairman and Chief Executive Officer of The CW Network. “In the tradition of The CW’s commitment to high-quality programming that features diverse and inclusive storytelling and characters, we are rolling out a fall lineup that features an exciting new crop of series including the prequel to one of our most successful franchises, THE WINCHESTERS, a wild-west origin story to another hit CW franchise, WALKER INDEPENDENCE, the action-packed original series PROFESSIONALS, the delightful legal drama FAMILY LAW and our latest magical alternative series MAGIC WITH THE STARS, as well as our expansion of The CW DC Universe GOTHAM KNIGHTS this midseason. We will also be saying goodbye to an iconic CW series that shaped and defined popular culture, RIVERDALE. All of these new series will
also bolster The CW’s growing digital footprint by adding to the growing library of content available to fans on our free, ad-supported CW App.” 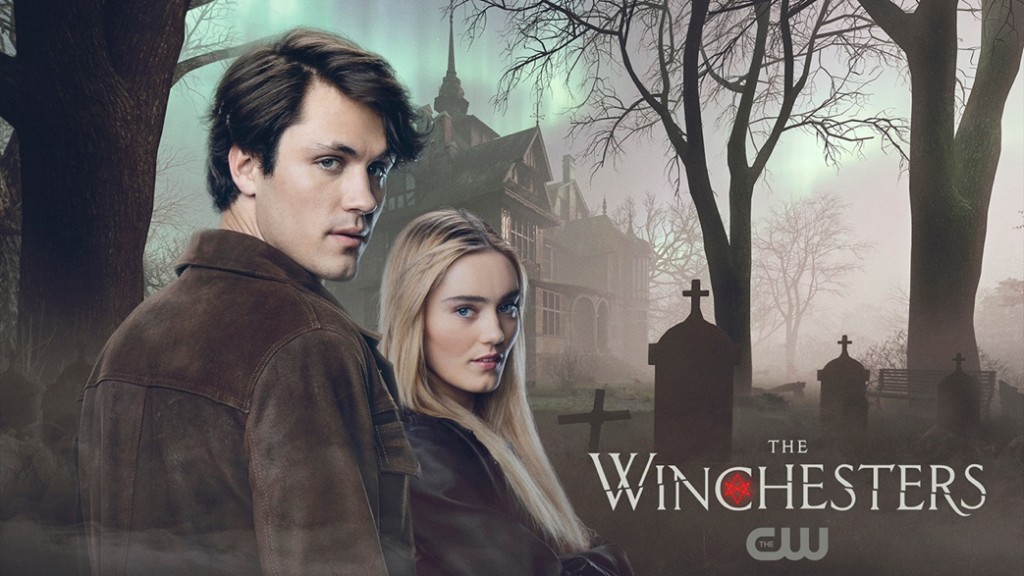 Before Sam and Dean, there were their parents, John and Mary. Told from the perspective of narrator Dean Winchester (Jensen Ackles, “Supernatural”), THE WINCHESTERS is the epic,
untold love story of how John Winchester (Drake Rodger, “The In Between”) met Mary Campbell (Meg Donnelly, “American Housewife”) and put it all on the line to not only save their love, but the entire world. When John returns home from fighting in Vietnam, a mysterious encounter sparks a new mission to trace his father’s past. In his journey, he crosses paths with
19-year-old demon hunter Mary, who is also searching for answers after the disappearance of her own father. Together, the two join forces with young hunter-in-training Latika (Nida Khurshid, “Station 19”) and easygoing hunter Carlos (Jonathan “Jojo” Fleites) to uncover the hidden truths
about both their families. Their investigation leads them to a rare book emporium, whose owner Ada (Demetria McKinney, “Tyler Perry’s House of Payne”) takes an interest to the occult and could provide the missing pieces to their puzzle. But secrets run deep for both the Winchesters and Campbells, and despite the best efforts of John’s mother Millie (Bianca Kajlich, “Legacies”) to protect her son from pursuing a dangerous life of demon hunting, John and Mary are both determined to work together to uphold their families’ legacies while beginning to form a family of their own. A prequel to The CW’s long-running hit series “Supernatural,” THE WINCHESTERS is written and executive produced by Robbie Thompson. Jensen Ackles and Danneel Ackles executive produce via their Chaos Machine Productions. Glen Winter directed and executive produced the pilot. David H. Goodman joined the creative team as an executive producer for the series. McG serves as an executive producer. The series is from Chaos Machine Productions in association with Warner Bros. Television and CBS Studios. 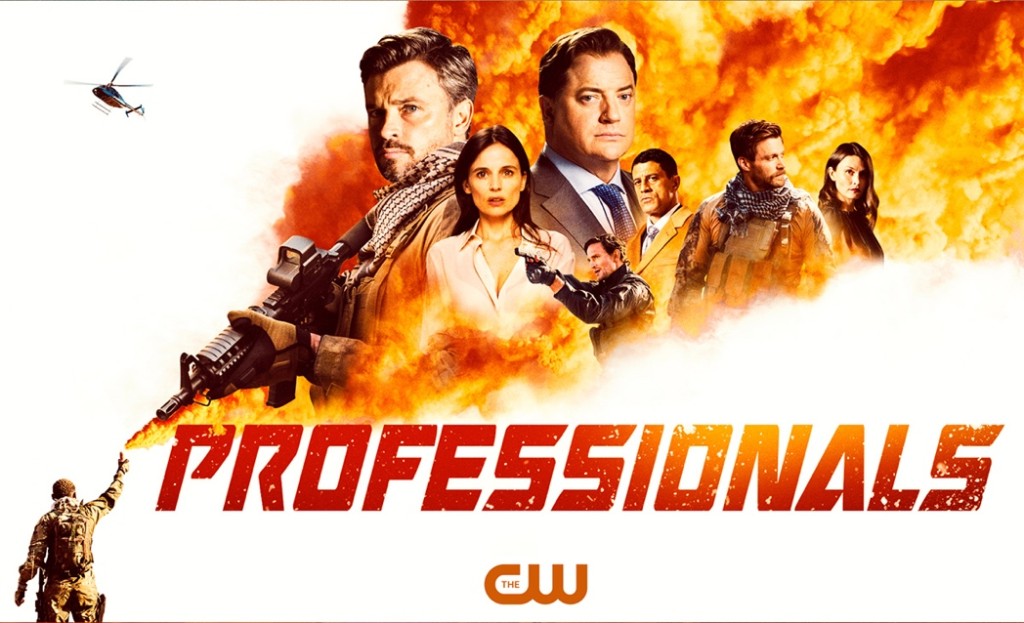 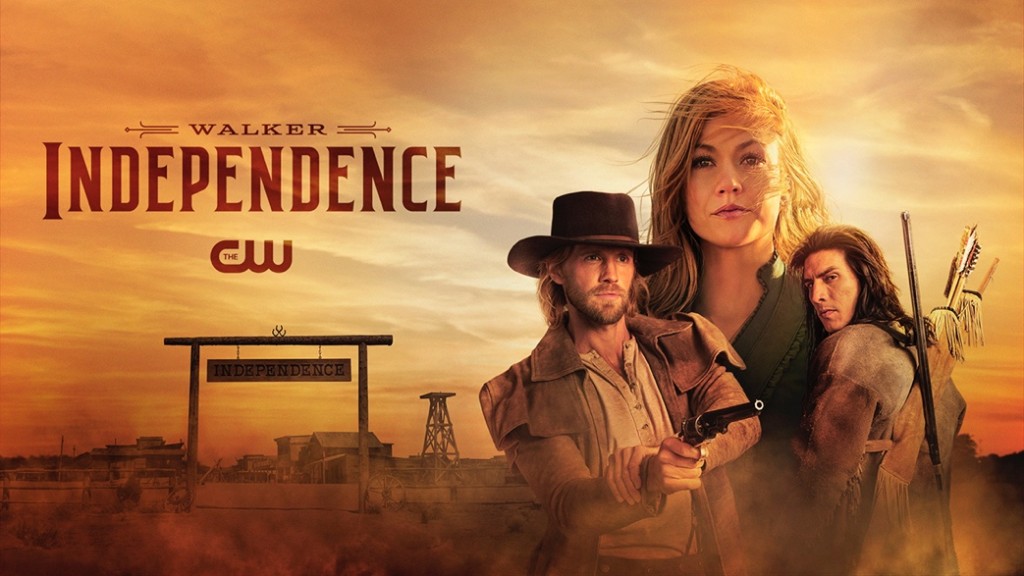 Set in the late 1800s, an origin story of The CW’s current hit series “Walker,” WALKER INDEPENDENCE follows Abby Walker (Katherine McNamara, “Arrow”), an affluent and tough-minded Bostonian whose husband is murdered before her eyes while on their journey out West. After crossing paths with Calian (Justin Johnson Cortez, “911: Lone Star”), a curious Apache tracker, Abby arrives in the town of Independence, Texas, where she encounters diverse and eclectic residents running from their pasts, chasing their dreams, and keeping their own secrets, including Kate Carver (Katie Findlay, “The Carrie Diaries”), an idiosyncratic burlesque dancer with perhaps too keen an interest in Abby’s origins, and Kai (Lawrence Kao, “Wu Assassins”), a soulful Chinese immigrant who runs a local restaurant/laundry and offers Abby friendship without agenda. Abby also literally runs into Hoyt Rawlins (Matt Barr, “Walker”), a slippery rogue, thief, and con artist with a dented heart of gold who quickly eyes Abby as a mark, until she turns the tables on him. In seeking justice for her husband, Abby encounters Independence’s noble deputy sheriff, Augustus (Philemon Chambers, “Single All the Way”), and his new boss, Sheriff Tom Davidson (Greg Hovanessian, “Another Life”), who she has reason to believe is a very bad man indeed. Abby and Hoyt soon find themselves precariously aligned, both seeking to uncover the truth about the identity of Abby’s husband’s killer, and vow to save Independence – a frontier boomtown where nothing is what it seems. WALKER INDEPENDENCE is from CBS Studios with a teleplay written by Seamus Kevin Fahey from a story co-written by him and Anna Fricke of Pursued By a Bear. Both serve as executive producers along with Jared Padalecki, Dan Lin and Lindsey Liberatore of Rideback and Laura Terry of Pursued by a Bear. Larry Teng serves as executive producer and director on the pilot.

MAGIC WITH THE STARS

In each episode of MAGIC WITH THE STARS, two celebrities train with professional magicians and compete to create a show-stopping series of magic performances. The celebrity competitors are tasked with mastering three major categories of magic, which they perform in front of a team of judges led by magician Criss Angel. Only the highest-scoring celebrities will be invited back to the finale where they will compete for the golden wand. Produced by Angel Production Worldwide, Inc., MAGIC WITH THE STARS is executive produced by Criss Angel, Dave Baram and Erich Recker. 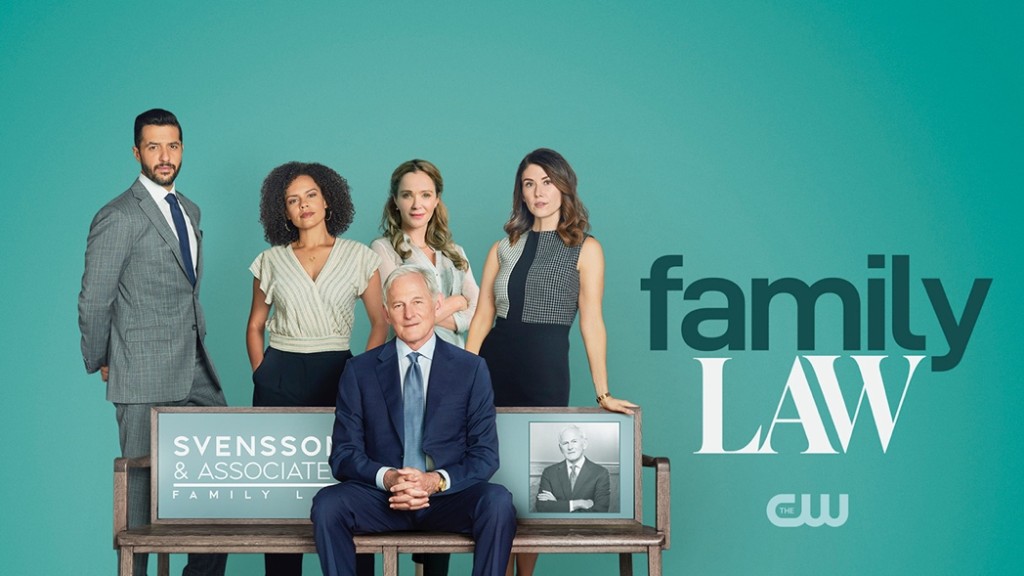 FAMILY LAW centers around Abigail Bianchi (Jewel Staite, “Firefly”), a high-paid personal injury lawyer who’s good at blaming others – particularly when it comes to her own problems. After Abby’s husband kicks her out of the family home because of her drinking, she goes on a bender, shows up drunk in court and pukes on a client. The law society’s punishment is swift. She’s suspended, fined, and can only practice law again if she finds a senior lawyer who is willing to take her on and mentor her for a one year probationary period. Only one man is willing to take that risk: Harry Svensson (Victor Garber, “DC’s Legends of Tomorrow”), who runs the top family law practice in the city. He also happens to be Abby’s estranged father, who left Abby and her complicated mother for his secretary when Abby was seven. Now, not only does Abby have to work for her father, she also has to work with her half siblings: Daniel (Zach Smadu, “Cardinal”), from Harry’s subsequent marriage and Lucy (Genelle Williams, “The Expanse”), from Harry’s third marriage. Thus begins the odd dynamic at Abigail’s new workplace. Abby has to try to put her shambles of a life back on track, all while dealing with family on three different levels: Other people’s families in her cases, the family she was born into, and her family: her husband and two children, all of whom she desperately wants back. Abigail not only has to prove herself in a new realm of law; she also has to work with and build relationships with a family she barely knows. Most challenging of all, she must work under the thumb of the man she’s spent a lifetime resenting. Produced by SEVEN24 Films and Lark Productions for Corus Entertainment’s Global (Canada), FAMILY LAW is created, written and executive produced by award-winning author Susin Nielsen (“Degrassi”). The series is executive produced by SEVEN24’s Jordy Randall (“Heartland”) and Tom Cox (“Fortunate Son”), and Lark’s Erin Haskett (“Motive”) and Andy Mikita (“Stargate SG-1”) serve as executive producers. eOne holds international distribution rights to the series. 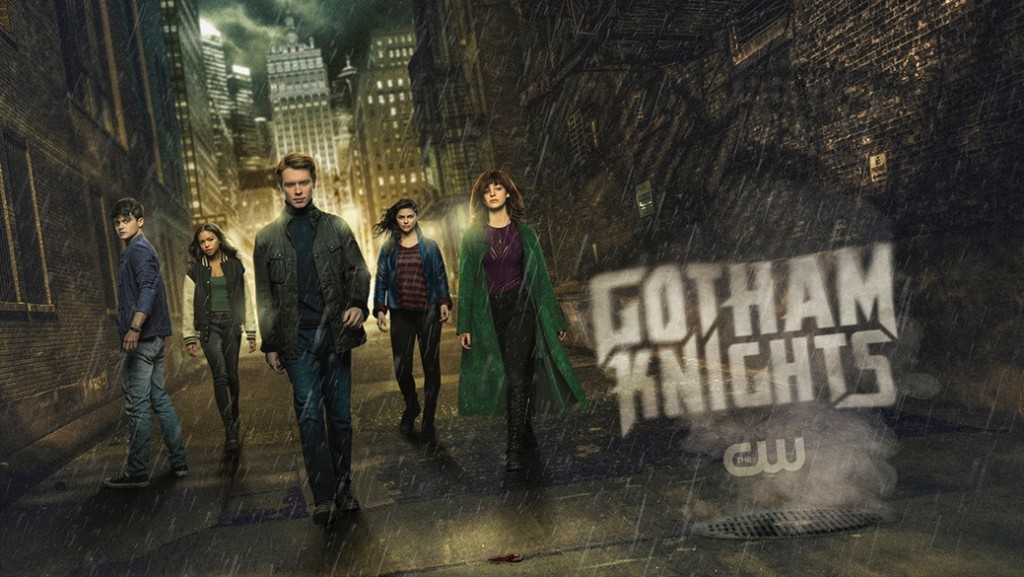 Batman is dead, and a powder keg has ignited Gotham City without the Dark Knight to protect it. In the wake of Bruce Wayne’s murder, his adopted son Turner Hayes (Oscar Morgan, “De Son Vivant”) is framed for killing the Caped Crusader, along with the children of some of Batman’s enemies: Duela (Olivia Rose Keegan, “Days of Our Lives”), an unpredictable fighter and skilled thief who was born in Arkham Asylum and abandoned by her father, Harper Row (Fallon Smythe, “grown-ish”), a streetwise and acerbic engineer who can fix anything, and her brother Cullen Row (Tyler DiChiara, “The Virgin of Highland Park”), a clever transgender teen who is tired of being polite and agreeable. With the charismatic and hard-charging District Attorney Harvey Dent (Misha Collins, “Supernatural”) and the GCPD hot on their trail, Turner will rely on allies including his best friend and formidable coder Stephanie Brown (Anna Lore, “All American”), and unlikely Batman sidekick Carrie Kelley (Navia Robinson, “Raven’s Home”). But our Knights will soon learn there is a larger, more nefarious force at work within Gotham City. This team of mismatched fugitives must band together to become its next generation of saviors known as the GOTHAM KNIGHTS. From Berlanti Productions in association with Warner Bros. Television, GOTHAM KNIGHTS is written by Chad Fiveash, James Stoteraux and Natalie Abrams. Fiveash and Stoteraux will serve as showrunners and executive produce the series alongside Greg Berlanti and Sarah Schechter. Abrams also serves as co-executive producer. Danny Cannon directed and served as an executive producer on the pilot, along with David Madden. GOTHAM KNIGHTS is based on characters created for DC by Bob Kane with Bill Finger.

In each episode of RECIPE FOR DISASTER, three professional chefs and their cooking partners compete to prepare spectacular dishes under absurdly adverse conditions. Our studio transforms into a bizarre new world each week, replete with themed disasters that challenge our chefs in ways they never imagined. They will attempt the perfect sear while stranded on an instudio\ “desert island” during monsoon season, prep ramen while pulling off an art heist, or create a show-stopping soufflé while dodging aliens on Mars. To make matters worse, their cooking partners are people from their lives who are total kitchen novices. Who will impress the judges, and whose dishes will succumb to the ridiculous disasters du jour? Ultimately, only one team will be crowned Masters of Disaster! Produced by 3Bird Media, RECIPE FOR DISASTER is executive produced by Jennifer Twamley and Andrika Lawren.