Historians and marine service experts continue to explore the underwater wreckage of the Clotilda — the last-known slave ship to bring slaves to the United States.

However, the legacy of the ship — extends far beyond the site of the wreckage. 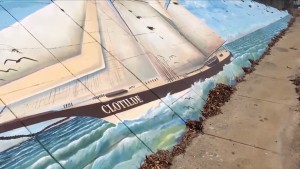 The Clotilda brought 110 enslaved people from Africa to Mobile — 50 years after the practice was banned in the United States.

Then the crew burned and sank the ship in an effort to get rid of the evidence of their criminal enterprise.

The ship was discovered in the Mobile River in 2019.

“You can’t bury the truth. You can try,” said John Crear of Selma.

“It’ll rise to the surface sooner or later.”

Crear is the grandson of Matilda McCrear — the last known survivor of the Clotilda. 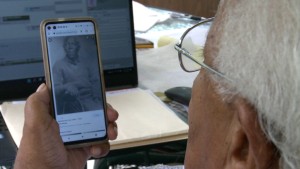 “I read all about slavery. And it’s almost like reading about something that you know about that’s not a part of you. But then you find out, Hey, they brought my grandmother over here in those kind of conditions,” he said.

“You’re not very far removed from conditions where you were denied all kind of rights, you were subjugated.”

Cold hard facts — that Crear says at first — made him angry.

“And you calm down and start thinking about it,” he said.

“That’s the reason you’re where you are now. Otherwise you wouldn’t be here.”

Crear says what was meant for bad — GOD meant for good.

He said out of one child stolen from Africa — has come descendants — who have become doctors — lawyers — engineers — and teachers — all across the country.

Her mother — and two sisters — were also brought over from Africa — on the Clotilda.