Election officials in Dallas County — say while the flow of voters has been steady at the polls — the overall turnout today — has been moderate. 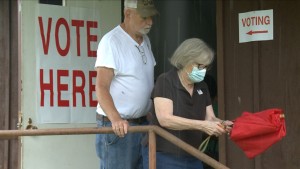 Probate Judge Jimmy Nunn says primary voting started off slowly Tuesday morning — due to the rain. But it began to steadily increase — after the rain stopped.

Nunn traveled from precinct to precinct — monitoring the election process. He says no major problems were observed while making his rounds.

However, he did notice a significant crossover voting trend across the county.

The races for sheriff — district attorney — and state senator — are all of interest to Dallas County voters.