Concerns are growing about the uncertain future of the Pine Hill Police Department — and what shutting it down would mean for public safety.

People in Pine Hill are concerned about the state of town’s police department.

Right now — the department only has Chief Nikisha Gailes — and a part-time officer — currently working on the force. 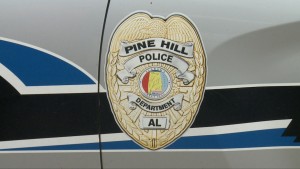 Abrams says the idea of shutting down the police department — came up at a council meeting. But he says that’s something — he would never support.

“We’re a small town. And without a police force you’re just asking for trouble,” he said.

“I went to a council meeting and the councilman, I won’t name him. But he said I have a great idea. Let’s just shut the police department down — and contract it out.” said Blount.

Blount says de-funding the police department — shows a lack of support for law enforcement — and a lack commitment to the public safety.