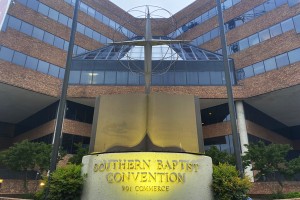 Top Southern Baptists have released a previously secret list of hundreds of pastors and other church-affiliated personnel accused of sexual abuse.

The 205-page database includes both visible and redacted entries. The list includes people affiliated with churches in Prattville, Wetumpka and Andalusia.

Survivors and advocates have long called for a public database of abusers. The publication of the list was a response by the Southern Baptist Convention’s Executive Committee to an explosive investigation into the committee’s mishandling of sex abuse reports and mistreatment of survivors.

“The recently released Guidepost report revealed a list of alleged abusers compiled by a former employee of the SBC Executive Committee. This list is being made public for the first time as an initial, but important, step towards addressing the scourge of sexual abuse and implementing reform in the Convention. Each entry in this list reminds us of the devastation and destruction brought about by sexual abuse. Our prayer is that the survivors of these heinous acts find hope and healing, and that churches will utilize this list proactively to protect and care for the most vulnerable among us.”