James Beacher grew up the oldest of his brothers and sisters.
Life took a turn when his father passed away when he was at Tuskegee University.

“There were six of us, four kids left at home like 7th, 8th, 9th, 10th grade,” said his sister Mattie Jones. “He was in college. I think he was a freshman in college and he just stepped up and became the father that my father was. Nobody asked him to do it. He would come home on the weekend and make sure we had what we needed. Okay, over the years he has been that same person. He’s been just there for us.” 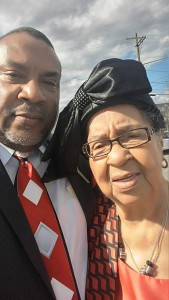 He’s been there through the ups and downs, giving wisdom and advice, and steering them in the right direction.

“Most of the time you don’t have to ask, he just gives it. It’s like he has a sixth sense. He knows when you need something… he’s been my confidant,” said Jones.

For Beacher, it’s what he was taught to do.