The democratic nominee for district attorney of the 4th Judicial Circuit — won’t have republican opposition in the general election in November and that means the race for DA — was most likely settled in the primary election last week.

Turner — has 22 years of experience as a defense attorney. It’s experience he says will be helpful — as a prosecutor.

“I’ve seen the good and bad — you know, from the prosecution angle,” he said.

Turner says his primary goal as DA — is to promote “efficient justice” — around the circuit. 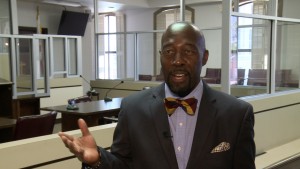 “Defendants deserve a right to have a trial. A speedy trial,” he said.

“By the same token, victims deserve to bring, to have some closure — whenever they’ve been offended.”

Turner says another priority — is building a stronger connection between the DA’s office — and crime victims.

“So that we can have an effective communication flow between our office and the victims.”

In addition — Turner says he plans to streamline the DA’s office — to make it more productive.

“The cases can flow seamlessly, you know by using software, scanning documents. So, we’ll always be ready,” said Turner.

“And getting my staff the way that I would like to have my staff, that we’ll be able to – to promote greater judicial efficiency in the 4th judicial circuit.”

The district attorney serves a six year term in office.

Turner is also the pastor of Hickory Grove Baptist Church in Marion.