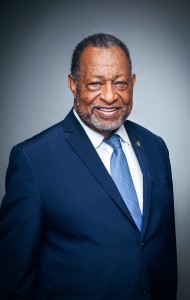 “Elton was more than a commissioner; he was like a big brother to us all. We looked to him for his insight as a leader and his words of wisdom,” … “I will always treasure our endless discussions about his love for his county and baseball.”

Chairman Dean was first elected to the Commission in November 2000. He was re-elected by his constituents for the next five election cycles, serving as a County Commissioner for a total of 22 years. He was elected vice chairman at the Commission’s organizational meeting in November 2004 and named chairman in 2009, a role he served passionately and tirelessly until his recent illness.

Alabama News Network is getting reaction from people who worked closely with Dean.

“I am deeply saddened to hear of the passing of Montgomery County Commission Chairman Elton Dean,” Pike Road Mayor Gordon Stone said. “We extend our deepest condolences and our prayers to Chairman Dean’s family and his many friends during this difficult time. Chairman Dean dedicated so much of his life to serving the Montgomery County community with great passion and selflessness. It is my hope that his bold legacy of service will be an inspiration and encourager to local leaders, both to those of us who have had the pleasure of working alongside him and to the leaders of the future.”

Stay with Alabama News Network for information on funeral arrangements when they are released.