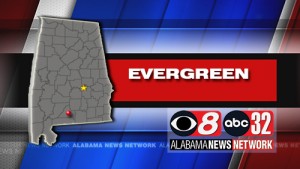 A former city council member in Evergreen was sentenced to probation after pleading guilty to using his radio show to threaten a police officer.

That officer pulled him over for drunken driving, authorities said.

Upton pleaded guilty to a charge of making a threatening interstate communication, records show. He could have received a maximum sentence of five years in prison and a $250,000 fine.

Upton, who has had several traffic tickets through the years, went on a local radio show he hosted in May 2021 and urged Evergreen’s mayor and police chief to “get rid” of an officer who cited him for driving under the influence in late 2020.

“I dare him to stop me again. ’Cuz when he pulls me over, I’m going to put him down. I’m just telling ya now, I’m tired of it.”’ an indictment quoted Upton as saying.

Upton previously pleaded not guilty to the charge.