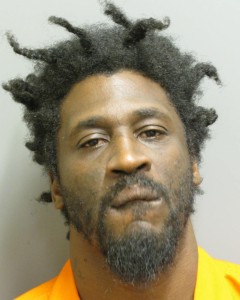 Montgomery police have now identified the suspect accused of leading officers on a pursuit that ended with the suspect crashing into two patrol cars.

She says the driver, 44-year-old Edwin Barker, refused to stop and led police on a chase. That pursuit ended in a three-car crash involving two marked police vehicles in the 800 block of Westover Road, which is near Coliseum Boulevard. No one was hurt.

Court records show that Barker has been charged with fleeing or attempting to elude a law enforcement officer, receiving stolen property and theft of property. His bond is $16,500 on those charges.