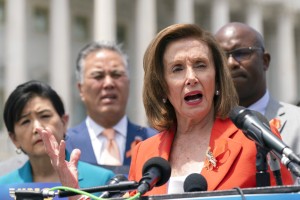 The U.S. House has passed a wide-ranging gun control bill in response to recent mass shootings in Buffalo, New York, and Uvalde, Texas.

The bill would raise the age limit for purchasing a semi-automatic rifle from 18 to 21 and prohibit the sale of ammunition magazines of more than 15 rounds.

The legislation passed mainly along party lines 223-204, with five Republicans joining all but two of the Democrats.

he legislation has almost no chance of becoming law as the Senate pursues more modest proposals.

President Biden wants lawmakers to reinstate the 1994 ban on assault weapons and high-capacity magazines, which has since expired, strengthen background checks, and enact safe-storage and red-flag laws. He also pushed Congress to repeal the immunity that shields gun manufacturers from liability.