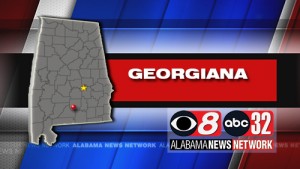 A nurse has been convicted of stealing 638 narcotics pills from a nursing home in Georgiana.

Attorney General Steve Marshall says 32-year-old Samantha Noel Kelley of Greenville worked at Georgiana Health and Rehabilitation as a licensed practical nurse. She was charged with diverting the pills, including Hydrocodone, Oxycodone, Tramadol and Lorazepam, from nursing home residents for whom the medications were intended.

Kelley appeared before the Butler County Circuit Court today and pleaded guilty to four counts of second-degree theft of property, a class C felony, according to Marshall.

Kelley’s sentencing has been set for July 7. She faces one to 10 years imprisonment and up to a $15,000 fine for each of the four convictions.

“The defendant was entrusted with the care of vulnerable nursing home patients and instead she preyed upon them by depriving them of their medications for her personal use,” Marshall said in a statement. “Her conviction should serve notice to others that the exploitation of nursing home patients will not be tolerated.”

The Georgiana Police Department assisted in the investigation.