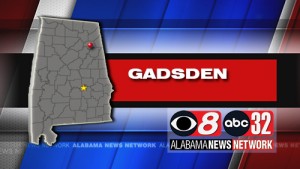 A man accused of trying to enter an elementary school in Gadsden was shot to death by police.

Gadsden City Schools Superintendent Tony Reddick told reporters that a “potential intruder” went to several doors trying to get into Walnut Park Elementary School, where a summer literacy program was being conducted for 34 children. All the exterior doors were locked and the principal contacted the school resource officer when she realized what was happening, Reddick said.

The resource officer confronted a person who attempted to break into a marked Rainbow City police car near the school, according to a statement from the Alabama Law Enforcement Agency. More officers from the Gadsden Police Department showed up to assist, the statement said.

The person was shot to death after resisting and trying to take the resource officer’s gun, the agency said. The statement, which didn’t mention any attempt to enter the school, didn’t say how many shots were fired or by whom.

The state identified the dead man as 32-year-old Robert Tyler White of Bunnlevel, North Carolina. Officials don’t know whether the man was a “passerby” or something else, Reddick said.

Authorities didn’t immediately release details including whether White was armed or why he might have been trying to get into the school or patrol car.

While the resource officer suffered minor injuries, no students were hurt and most didn’t realize anything unusual had happened, Reddick said.

“Our primary concern was just making sure that someone who wasn’t authorized to be in our building does not enter and our kids are safe,” he said.

“I commend all involved for acting quickly to protect these children,” she said.