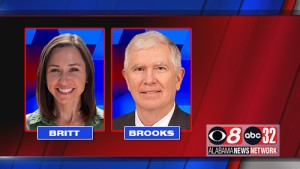 Former President Donald Trump has announced he is endorsing Katie Britt for U.S. Senate, after pulling his endorsement from Mo Brooks earlier this year.

Britt and Brooks will face off on June 21 in a runoff for the Republican nomination. In the May 24 primary, Britt led Brooks 44.7% to 29.2% in a six-candidate field.

In making his endorsement, Trump said, “Katie Britt… is a fearless America First Warrior. The opposition says Katie is close to Mitch McConnell, but actually, she is not—in fact, she believes that McConnell put Mike Durant in the race to stop her, which is very possibly true. Katie is an Incredible Fighter for the people of Alabama. As President and CEO of Alabama’s Business Council, Katie has been working hard to Grow Alabama’s Economy, Create Jobs, and Restore the Great American Dream. She has the Total Support and Endorsement of Chairman Jimmy Parnell and the Alabama Farmers Federation.”

Brooks had led the race earlier in the campaign season.  But Trump pulled his endorsement from Brooks in March when Brooks said he would not reverse the results of the 2020 presidential election, which drew anger from Trump.

As he endorsed Britt, Trump said of Brooks, “…Out of nowhere, and for seemingly no reason, Mo backtracked and made a big mistake by going Woke at our massive Cullman, Alabama Rally.  Instead of denouncing the Voter Fraud in the Election, Mo lectured the crowd of 63,000 people saying, “Put that behind you, put that behind you,” meaning that, in effect, forget the Rigged Election and go on to the future. ”

Britt has accepted the endorsement, saying on Twitter, “President Trump knows that Alabamians are sick and tired of failed, do-nothing career politicians.”

In the Senate, I will fight to defend Alabama’s values, advance the America First agenda, and preserve the American Dream for generations to come. #alsenhttps://t.co/sfBxHkhA1w

Brooks issued a response to the endorsement on Twitter:

This is weird: last time Donald Trump talked about Katie Britt, he said she was unqualified for the Senate.

Donald Trump is the only man in American politics who could get conned by Mitch McConnell twice in an Alabama Senate race.

The winner of the Republican runoff will face Democratic nominee Will Boyd in the November general election. That person will replace the retiring U.S. Sen. Richard Shelby, who has held the seat since first winning it in 1986.