Gov. Kay Ivey: Juneteenth to Be State Holiday on June 20 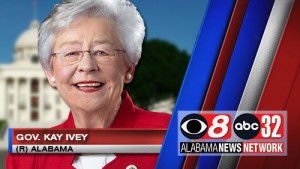 Gov. Kay Ivey has authorized Juneteenth Day — the federal holiday marking the end of slavery — as a holiday for state workers this year in Alabama.

Ivey issued a memo earlier this month authorizing the day as a holiday for state workers. State offices will be closed on June 20 for the holiday. Juneteenth, or June 19, falls on a Sunday this year, so the holiday will be recognized the following Monday.

President Joe Biden signed legislation last year to make Juneteenth, or June 19, a federal holiday to recognize the end of slavery. Ivey authorized the holiday for state employees since its designated at the federal level, spokeswoman Gina Maiola wrote in an email.

“However, it is important to remember that ultimately the Legislature must decide if this will become a permanent state holiday,” Maiola wrote.

Alabama law recognizes all other national holidays in the state as permanent state holidays, with the exception of Juneteenth.

Juneteenth commemorates June 19, 1865, when Union soldiers brought the news of freedom to enslaved Black people in Galveston, Texas — two months after the Confederacy had surrendered. That was also about 2 1/2 years after the Emancipation Proclamation freed slaves in the Southern states.

There have been various efforts to abolish or change the name of Confederate-related holidays, but none has been successful.