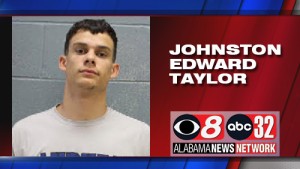 The teenager who was sentenced for the fatal crash that killed “The Voice of the Auburn Tigers” Rod Bramblett and his wife Paula has now been arrested on child pornography charges, according to Auburn police.

Police say they and the Alabama Internet Crimes Against Children Task Force started an investigation on June 7. They say Taylor was arrested after the execution of a search warrant and collection of evidence.

The sentence was not released because Taylor had been granted youthful offender status. Taylor faced a maximum sentence of three years.

Taylor faced two counts of reckless manslaughter. He was 16 at the time of the crash.

As Alabama News Network has reported, court records show Taylor was speeding on the night of May 25, 2019, when he slammed into the back of the Brambletts’ SUV.

The wreck happened at the intersection of Shug Jordan Parkway and West Samford Avenue in Auburn.