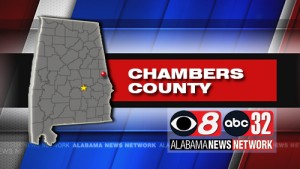 Alabama State Troopers say a Chambers County Sheriff’s deputy has died after a crash while on duty.

State troopers say 24-year-old deputy Jmar Abel of Auburn was driving his SUV patrol vehicle when it left the road, hit a ditch and overturned. Abel was taken to a hospital in LaGrange, Georgia, where he died.

The sheriff’s office says Abel was assisting Roanoke police in a vehicle chase. Abel was with the Chambers County Sheriff’s Office for 2 years, celebrating his second anniversary on the day he died.

The wreck happened at about 3:38PM Monday on Chambers County 278, roughly five miles south of Roanoke.

“We join the rest of the law enforcement community in mourning the loss of this true professional and devoted public servant.”

An investigation into what led to the crash is continuing. No other information has been released.