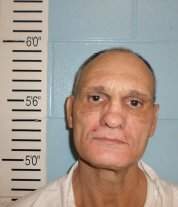 The Alabama Department of Corrections says an inmate has been recaptured, just a few hours after making his escape from a south Alabama prison.

Prison officials say Bobby White was captured just after 5PM today. He was reported to have escaped from the Fountain Correctional Facility in Escambia County at about 12:30 this afternoon.

White is serving an 80-year sentence for a theft in Talladega County. He was sentenced in 2006.

He was recaptured in the Atmore area by prison officials and a K-9 team. ADOC says he surrendered peacefully.