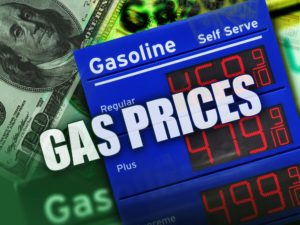 President Joe Biden on Wednesday called on Congress to suspend federal gasoline and diesel taxes for three months — an election-year move meant to ease gas prices that was greeted with doubts by many lawmakers.

Biden also called on states to suspend their own gas taxes or provide similar relief.

“It doesn’t reduce all the pain but it will be a big help,” Biden said. “I’m doing my part. I want Congress, states and industry to do their part as well.”

Biden’s push faces uphill odds in Congress, where many lawmakers, including some in his own party, have expressed reservations. Even many economists view the idea of a gas tax holiday with skepticism.

Barack Obama, during the 2008 presidential campaign, called the idea a “gimmick” that allowed politicians to “say that they did something.” He also warned that oil companies could offset the tax relief by increasing their prices.

Biden’s past efforts to cut gas prices — including the release of oil from the U.S. strategic reserve and greater ethanol blending this summer — have done little to produce savings at the pump, a risk that carries over to the idea of a gas tax holiday.

Senate Republican leader Mitch McConnell mocked the gas tax holiday as an “ineffective stunt” in a Wednesday floor speech. “This ineffective administration’s big new idea is a silly proposal that senior members of their own party have already shot down well in advance,” he said.

House Speaker Nancy Pelosi and other congressional Democrats have long worried that suspending the gas tax would simply allow oil companies to reap additional profits with no guarantee the savings would be passed along to consumers at the pump.

Administration officials said the $10 billion cost of the gas tax holiday would be paid for and the Highway Trust Fund kept whole, even though the gas taxes make up a substantial source of revenue for the fund. The officials did not specify any new revenue sources.

The president has also called on energy companies to accept lower profit margins to increase oil production and refining capacity for gasoline.

This has increased tensions with oil producers: Biden has judged the companies to be making “more money than God.” That kicked off a chain of events in which the head of Chevron, Michael Wirth, sent a letter to the White House saying that the administration “has largely sought to criticize, and at times vilify, our industry.”

Asked about the letter, Biden said of Wirth: “He’s mildly sensitive. I didn’t know they’d get their feelings hurt that quickly.”