President Joe Biden is pushing a plan — to reduce soaring fuel prices — by reducing fuel taxes. And people in west Alabama are hoping state leaders — get on board.

Cheaper gas prices — are the only way — to reduce some of the pain that people are feeling at the pump right now. The average cost of a gallon of gas in Alabama is $4.56 — the cost of diesel is even higher — at $5.62 a gallon. 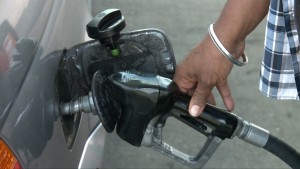 President Joe Biden is pushing a plan — to try and provide some relief. He’s calling for Congress to suspend the federal gas and diesel tax — until the end of September.

And he’s calling on states — to suspend their fuel taxes as well. It’s believed that the combined effort — could make fuel a dollar cheaper per gallon.

“I think that would be very good that we can get some help on the gas, food and every other item. That would be a big help,” said Rudolph.

“Any break we can get with the economy I think that’s great,” said Jeffrey Bonner of Selma.

“I certainly hope our state legislators, our state government will get onboard.”

“Whatever’s best to keep this gas prices low, it’s better for me. But at the same time you know I gotta figure out what else comes with that you know. Cause I don’t wanna sacrifice too much on gas you know,” said Selma resident Chester Tyus.

Perry County has the highest average price for gas — at $4.87 per gallon.

Cherokee County has the cheapest average price for gas — at $4.42 a gallon.